I recently did a series of videos for a local Chinese singing contest. I am in charge of the video section. I only have DSLRs and they are not expensive ones. I did my best. And the result is quite good consider the super low budget. All videos were shot with 3 cameras together, and used multi-camera edit in Adobe premiere pro.

I used three cameras. In the middle is Panasonic gh2 which cost $500 second hand now. The two on either side is Canon 60d and 7d. These two cost less than $2000 total. You can use three Canon t2i/t3i. It will produce pretty much same quality. Lens I used are all f2.8 lens. Since it is a very dark place, I need to bump ISO to 1600-2000 even with f2.8 lens. That reach the limit of what ISO I would use for these cameras. F4 lens is definitely not good here.

The one in the center is usually for wide angle shot that capture the entire stage. The other two cameras is usually one for medium shot and one for close up shot. 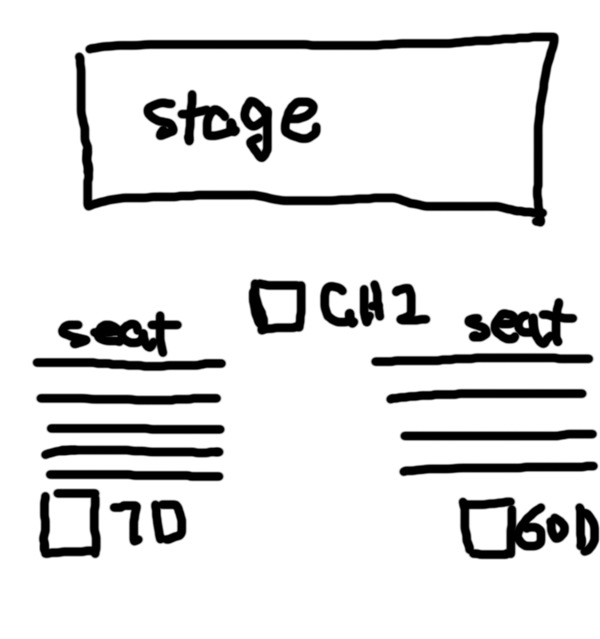 Overall you can get very decent multi-camera video by just using your cheap DSLRs.

The most important part perhaps is the sound. It can determine whether your video is a crap or a polished product. If you use on-board mic or even micphone mount on top of your camera, the sound will be nowhere near professional sound quality. People will know it immediately. And the video will be ruined. The key is to get sound directly from the house sound. It is quite simple to do. We can just use a portable audio recorder connected to the mixer. Feed the house sound directly to your audio recorder. There are many options on the market. They only cost around $200-400. I used zoom h4n here. I also used Sony PCM-M10. They both works great. But for h4n I need to use attenuator because the signal is too hot for h4n to handle. But for the sony pcm-10, I do not need it. So pay attention to this issue.

So what is the drawback of use DSLRs to shoot video for live performance.

1. If people move forward and back a lot, the focus will change. So you need to do follow focus which is quite hard to do.

2. Can not maintain focus while zoom in and out. That is why you do not see this effect in my video.

3. Can not record the whole event without split the clip. We have to stop recording and then start again. Because we all know there is time limit for single clip for any DSLR. My gh2 is a exception though. So if client require the entire event to be recorded, then we can not do it. unless you are using gh2/gh3.

4. Overheat. DSLRs are not made for recording video for long time. If the weather is hot, my 7d and 60d perhaps can only work fine for half hour. That is not good.

5. Can not panning very fast which will cause rolling shutter effect. And the moire is quite pronounced if someone wear cloth has pattern. Most cheap DSLRs do have severe moire issue.

Here is a test I did before. gh2 handle moire very well. But the other two looks ugly.

So this is my insight about use DSLRs to shoot video for live performance. Hope you learn something.